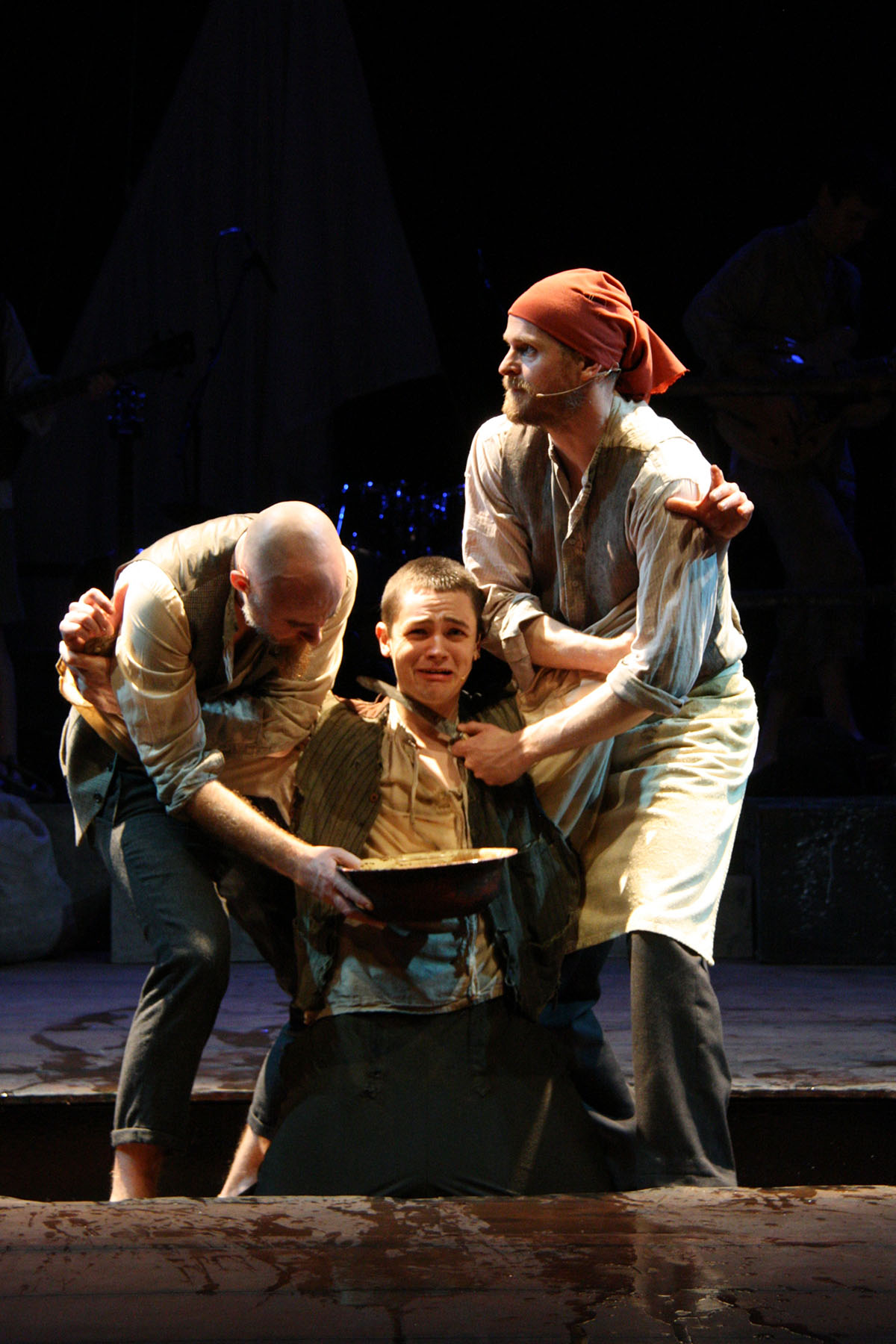 In 1835 a ship sailed out of Limerick Docks with a cargo of emigrants bound for the New World. It never came back…

The Unlucky Cabin Boy is a new play by Mike Finn with songs by Limerick band The Brad Pitt Light Orchestra. It tells the true story of the wreck of the Francis Spaight and the terrible acts of desperation that took place on board. Produced by award-winning theatre company Gúna Nua and directed by Limerickman Paul Meade, The Unlucky Cabin Boy was a highlight of Limerick City of Culture 2014. This chilling tale of hardship, sacrifice and survival is brought to life by music and song and told with Gúna Nua’s trademark humour and theatricality.

A Million Thanks To Our FundIt Donors!
We at Guna Nua would like to massively thank the donors that made our FundIt campaign a triumph! Without you, The Unlucky Cabin Boy would not have have been the success it was!