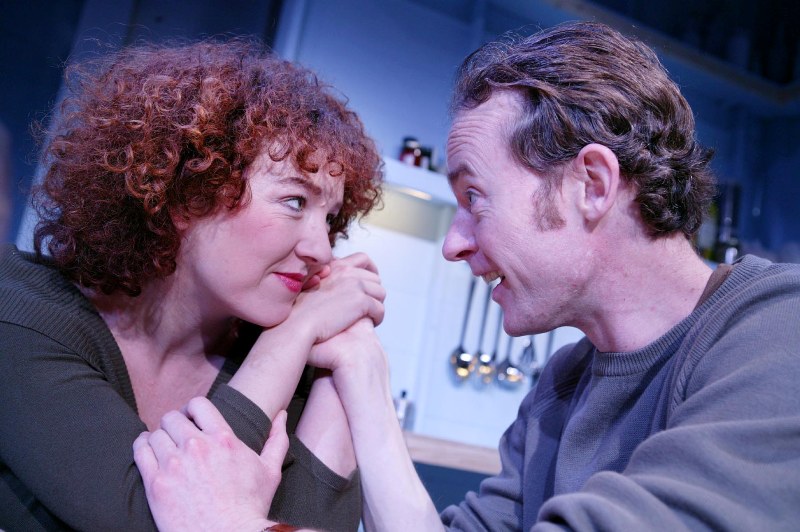 This Pulitzer prize-winning drama explores the murky waters of forty-something marital breakdown and the consequences it has not only for the couple but for their friends, whose plan has been ‘to grow old and fat together, the four of us’. Designer Ferdia Murphy was nominated for an Irish Times award for his beautiful and elegant set design. It effortlessly conveyed both a summer retreat in Martha’s Vineyard, where four friends celebrate love and friendship and a comfortable home in Connecticut on a snowy night, where one love finally dies.

‘Gúna Nua specialises in the sharp and contemporary, bringing intelligence and sophistication to both its choice of plays and its production values; and this production will not disappoint its growing body of fans.’ – Sunday Independent

‘The ensemble acting is first-class, and the direction is smooth and unobtrusive … ****’. – Ireland on Sunday

‘This contemporary kitchen-sink drama goes down an treat, and earns some well-deserved laughs’ – Irish Independent