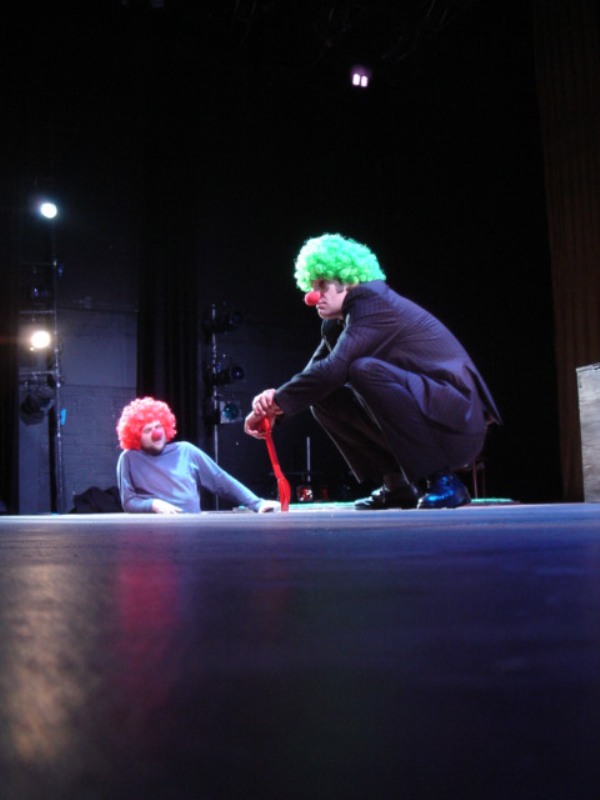 ‘Funny, entertaining and contemporary …Guna Nua has once again proved itself one of Ireland’s most original, even radical, companies’ – Sunday Tribune

Gúna Nua’s unique take on Hamlet was to perform a two-hour version of the play with only two male actors. Playing up the sexual ambiguity invited by such an approach this was a stylish, witty, but extremely faithful version of the play which was punctuated by a superb contemporary rock soundtrack. Hamlet played the Project Arts Centre Dublin in 2005 and received a national tour in 2006.

‘I frequently think I have seen too many Hamlets, but I can take quite a few more if they are as good as this. I was absorbed, enlightened, uplifted, and moved as much as by any production of it I have seen in this country … Superb … ’ – Sunday Independent

‘It is fitting that a play which closely examines the art of theatre should itself receive examination. Gúna Nua has provided an admirable one.’ – Irish Examiner 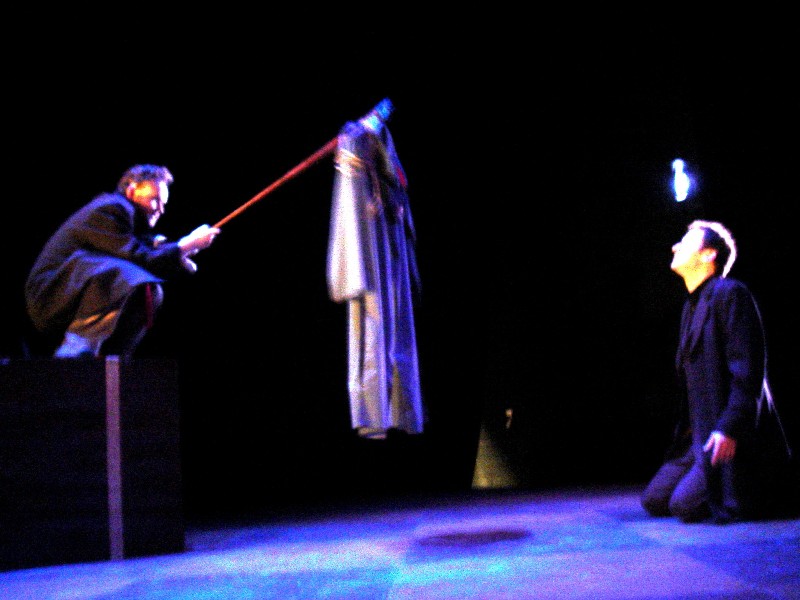