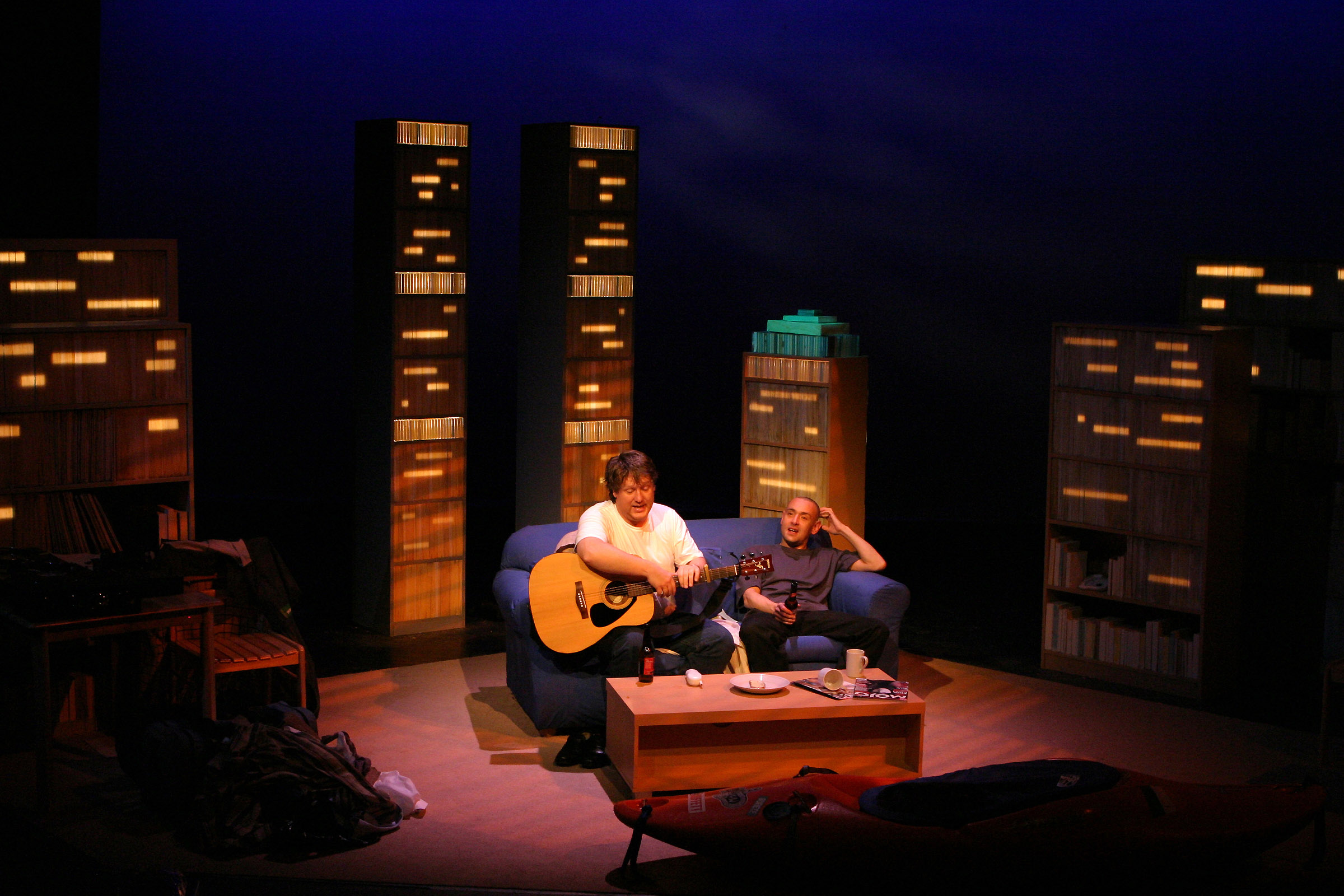 Dermot, a single man in his thirties lives a quiet life, working as a postman by day and dreaming of being a world famous DJ by night. Suddenly his peaceful and ordered existence is shattered by the arrival of his old friend Mick. Mick has been kicked out of home by his girlfriend and needs a place to stay. He brings with him a bag of unwashed clothes, very little money and a business plan.

As the old friends begin living together, memories are evoked of the last time they shared accommodation during a summer in Manhattan, working in a restaurant to earn their college fees and singing male duets together.

The story flashes back between the present and the past, as they try and fail to sort out each other’s messy lives.

Trousers played at the Project Arts Centre Cube and Civic Theatre in Tallaght 2006 before playing for three weeks in Manhattan at the 59E59 Theatre. It was produced by Gúna Nua theatre in association with Civic Theatre Tallaght and New York based Origin Theatre Company. In 2007 it returned for a four week run at Andrew’s Lane Theatre, Dublin and a national tour of Ireland.

Warm and entertaining … slick and amusing ” – The Irish Times

[This] fast moving, deft portrait of masculine insecurity and loneliness serves up plenty of laughs and insights” – The Irish Examiner

Trousers original production was funded by The Arts Council and Dublin City Council.