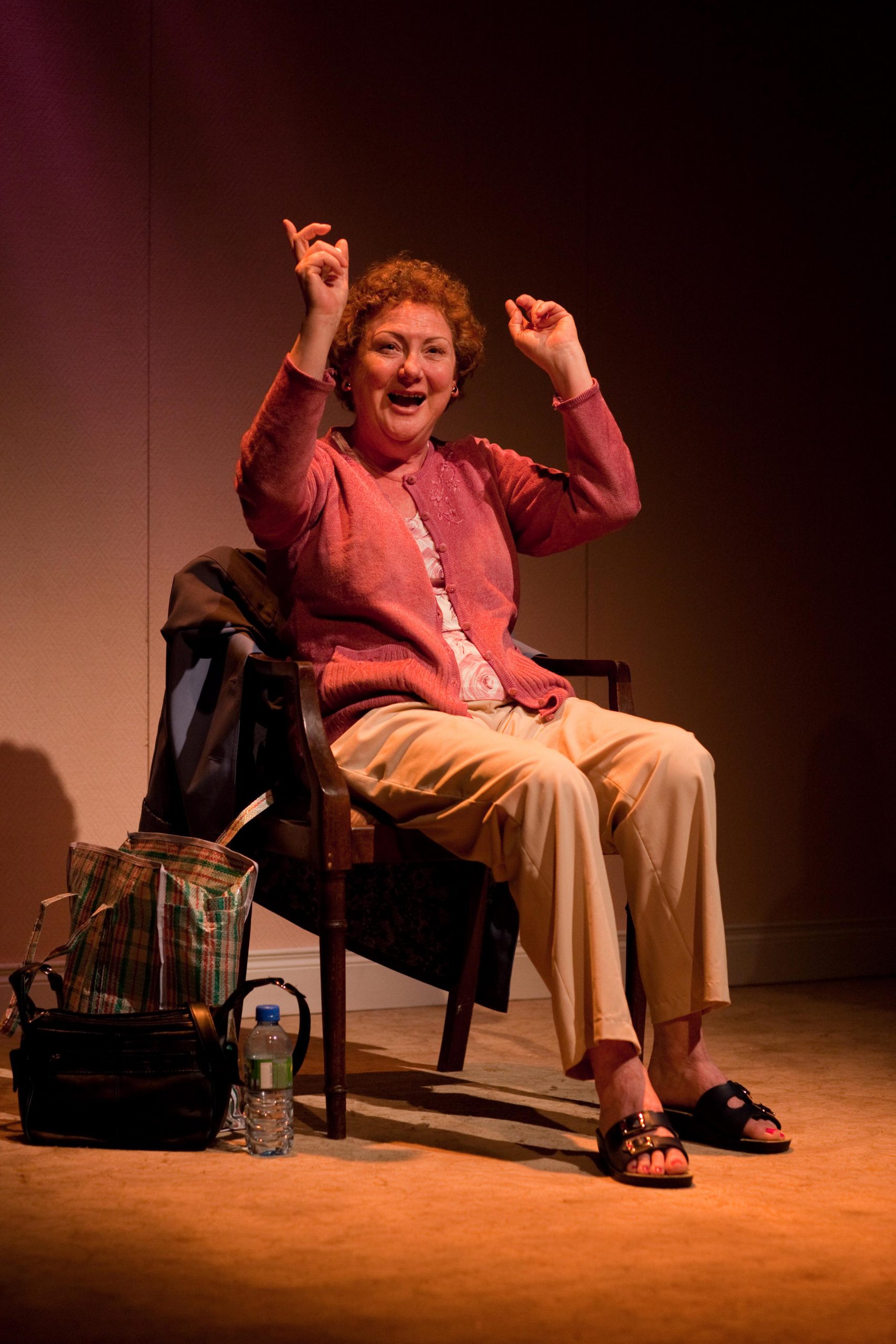 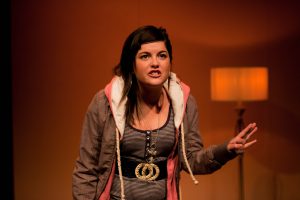 This debut by Elaine Murphy, co-produced with the Civic Theatre premiered at Dublin’s 2008 Fringe Festival and went on to win multiple awards and tour internationally.

Amber has fierce bad indigestion and the Sambuca’s aren’t getting rid of it… Lorraine attacks a customer at work and her boss wants her to see a psychiatrist… Kay’s got an itch ‘down there’ that Gem can’t scratch…but maybe Kermit can… Paul – the bollix – uses Amber as just a ‘handy hole’ until he can get to Australia… The hairy man fancies Lorraine but fails to rise to the occasion… And Gem doesn’t like the neighbours coming in to ‘mind’ him. And if all that isn’t bad enough, little Gem makes his presence felt and… well… life is never the same again!

A year in the life of three generations of women whose adventures in love, sex, birth, death, and salsa enthralls and entertains audiences in a revealing, poignant and funny play.

LITTLE GEM was a huge success, with awards, reviewers and with audiences. It played to packed houses for the full three weeks of the Fringe Festival. The show returned to the Civic Mainstage and then to Draiocht in Blanchardstown in March 2009.

“…as hilarious as it is poignant” – THE SUNDAY TIMES
“…intimately told and beautifully acted” – THE NEW YORK TIMES
“ ***** …a tiny treasure…” – TIME OUT, LONDON
“…impressive” – SUNDAY INDEPENDENT 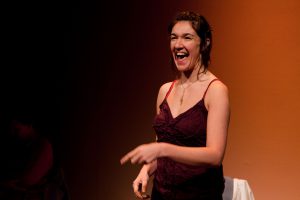 In 2009, LITTLE GEM premiered in the UK at Traverse Theatre, Edinburgh as part Edinburgh Fringe Festival. The show sold out early in the run and was awarded the Carol Tambor Best of Edinburgh Award which was the first Irish production to win this award in the history of the award. It received multiple four and five star reviews and praise for the talents of its cast, Anita Reeves, Hilda Fay and Sarah Greene with Anita Reeves nominated for Best Actress at the prestigious Stage Awards.  On returning to Dublin it won the Best Theatre Script awarded by the Irish Playwrights and Screenwriters Guild.

The show premiered in the US at The Flea Theatre, New York on January 5th 2010 as part of the Carol Tambor Best of Edinburgh Award. The show then opened in the Peacock on January 19th and was sold out within two weeks. In March, 2010 the show opened at the Bush Theatre in London where it ran for 7 weeks before touring to Paris and back to Ireland for a 2-week run at the Everyman Palace in Cork. In 2011 the play toured Ireland and the UK before heading down under for a 2-month tour of Australia closing the tour at the Olympia Theatre, Dublin. 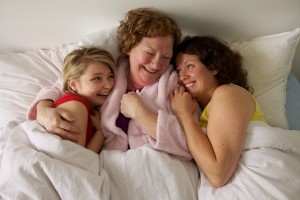