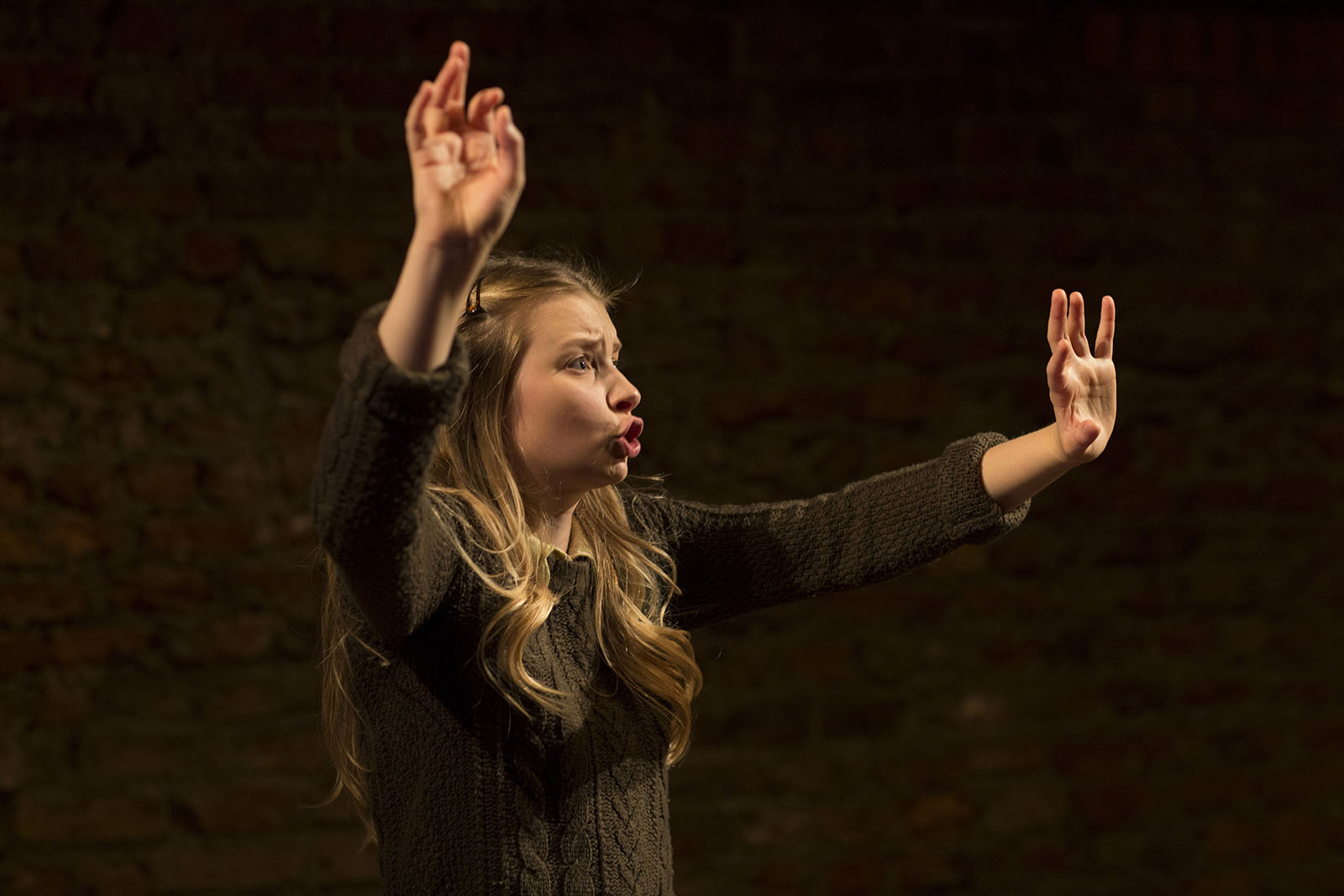 ‘A glittering gem of a show’ – The Irish Times

Pondling was performed in European theatres and in New York City winning The Scotsman Fringe First Award (Edinburgh) and the Stewart Parker Award in 2014, and Best Female Performer for Genevieve Hulme-Beaman at the Dublin Fringe Festival 2013.

Proud she was in the park that day with her shiny black shoes from a shiny green box. As she peddled through the park she took quick glances down to her feet deciding that cream tights were definitely the right choice; they did accentuate her raven black shoes. She was FREE, BRAVE, BEAUTIFUL, and she was ready to go back to school in a week and a half and show Johnno Boyle O’Connor how free and brave she really was.

“Pondling is never predictable, and despite Madeleine’s romantic imagination, utterly unsentimental.”  The Scotsman

“Toying with rage, comedy, and an innocent childishness…Hulme-Beaman has truly delivered a sterling performance.” The Public Reviews

“Pondling is a delightful and entertaining comedy” Dublin Culture

A huge thank you to those who helped us reach our Fund:It campaign goal. Your contributions are greatly appreciated and we could not have done it without your support!