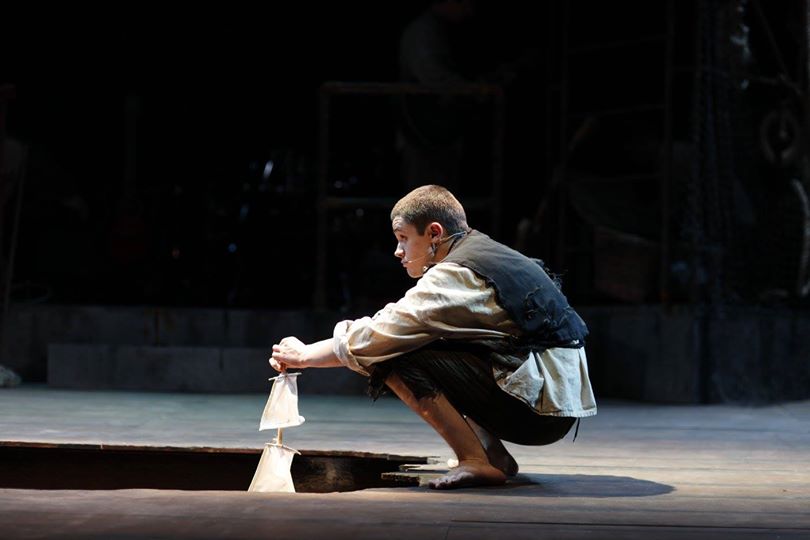 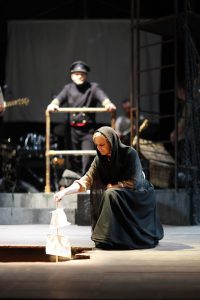 The smash hit of Limerick City of Culture 2014 was The Unlucky Cabin Boy by Mike Finn. With music and lyrics by David Blake, this musical tells the true story of a ship that sailed out of Limerick Docks in 1835 but never came back. With its cargo of emigrants bound for the New World  the demise of the Francis Spaight became legendary in Limerick for the terrible acts of desperation that took place on board.

This chilling tale of hardship, sacrifice and survival was brought to life with a stunning musical score and songs performed by the popular Limerick band The Brad Pitt Light Orchestra and told with Gúna Nua’s trademark humour and theatricality.  Produced by Gúna Nua theatre in association with Verdant Productions.

‘The ensemble moments, when the entire cast – including the band – sing as one, are profoundly affecting and moving, and make for one of the most unique theatrical experiences this writer has witnessed.’ – Limerick Leader

Stephen O’Leary gives a charming performance as Patrick, an innocent with a pinch of gumption, who torments the conscience of Enda Kilroy’s admirably gruff Captain Gorman (“Did I struggle much? Was there much blood”) – Irish Times

Thank you To Our FundIt Donors

A massive thank you to the donors that made our FundIt campaign a success and helped to make the production of The Unlucky Cabin Boy possible. 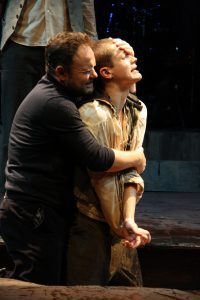